Iakov is an avid photographer currently specializing in the airliner photography. He runs his own blog Zzaharr, but today Iakov is a guest-poster with my blog. Please read away. Here is Iakov in his own write:

"I am not going to describe you the photo-gun Photosniper FS-3/12 in the one-and-five-hundredth time. But I can't but share my personal experience from dealing with such an unique device. 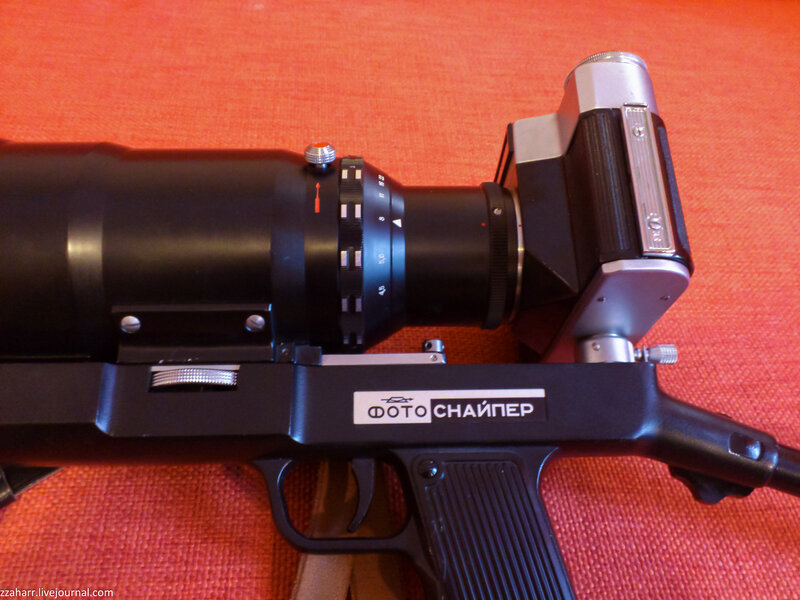 I spotted it at my friend's place, and my fingers immediately itched to give it a try. Wow - the 300 mm lens made ​​in the USSR. It could be of my age with no auto mode! To somebody as remote to photography as myself all this seemed to be cool, so I beg him for a half-day test shoot. 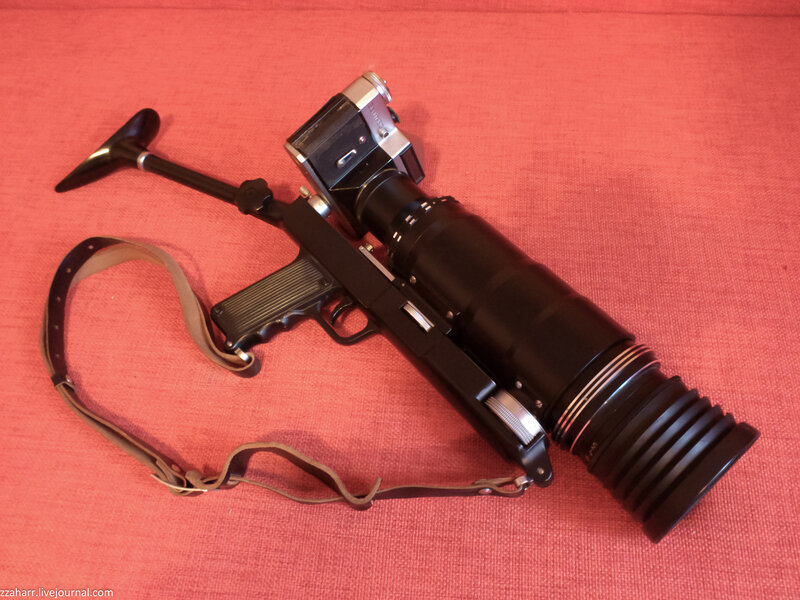 To be honest, not all the Made ​​in the USSR items would get me excited, but this one I can definitely call The Thing. If you passed the AK-47 take-apart-and-assemble drill at your high school, then you won't have any trouble with the Photosniper. As they say nowadays - it has intuitive interface. 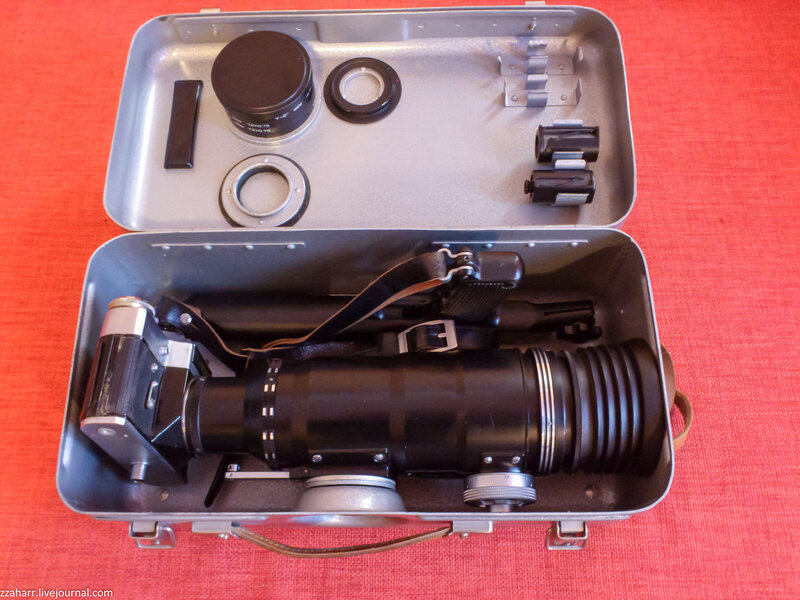 There are only three screws to deal with to get it going. One more thing that makes it be even more in common with the AK-47 - that is its pleasant metal clatter. 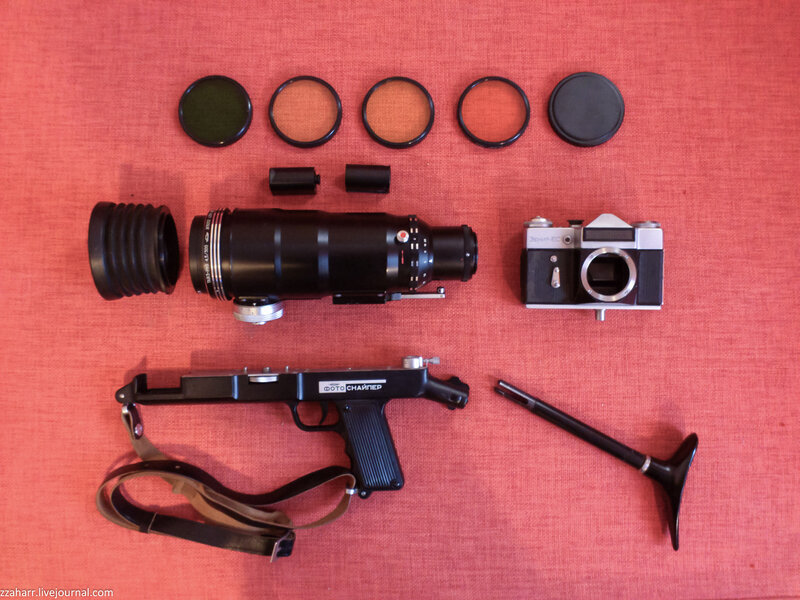 As for the name, originally these kits were produced exclusively for military application as "Manual Device for Photo Reconnaissance", thus Photosniper. The first batch based on the FED rangefinder was produced in 1937 by the State Optical Institute. Later, similar model, the FS-2 was manufactured at the Krasnogorsk Mechanic Factory. Starting with the FS-3, the kit included the Zenit SLR camera and was sold on consumer market. By the way, such kits have not been manufactured outside of the Soviet territory. Some manufacturers offered ​​specialty butt-attachments to the cameras, but the mass production of the gun-type camera kits was taken on solely by the Krasnogorsk Mechanic Factory. 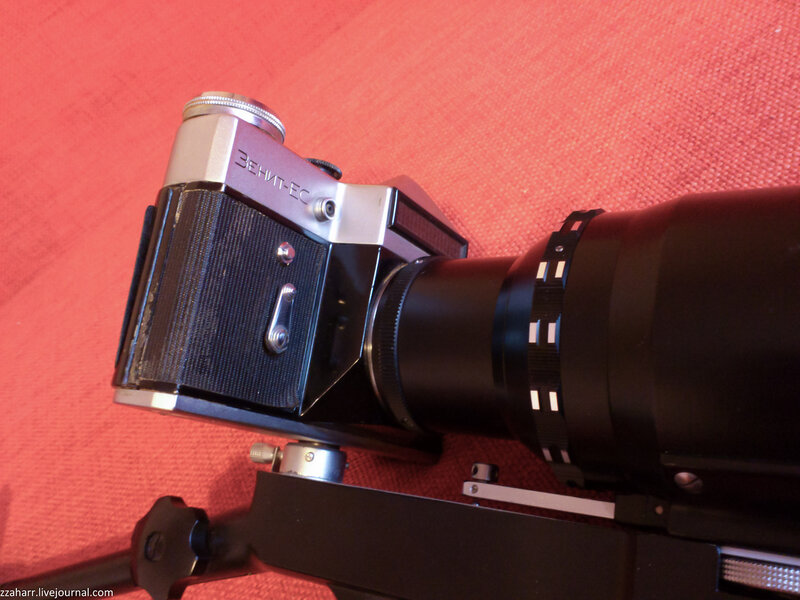 Basically the kit can be divided into three main parts: the SLR camera body Zenit-EC, the lens Tair-3FS and the hand grip with the shoulder rest. The EC camera model is modified Zenit-E with an added shutter release button in the bottom. Pulling the Photosniper trigger causes the under-body pin to pop up, which in its turn releases the shutter. 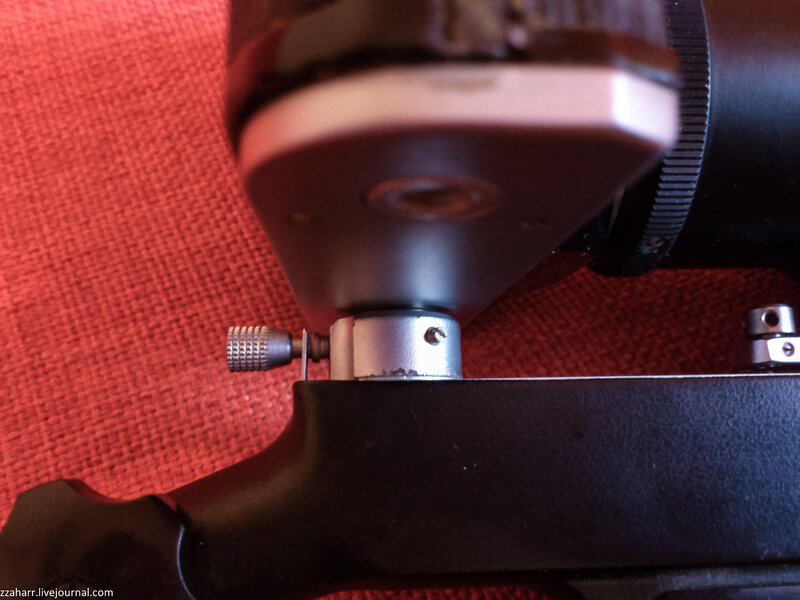 Obviously the kit is fully manual. The focus ring is doubled with another small ring underneath the lens. 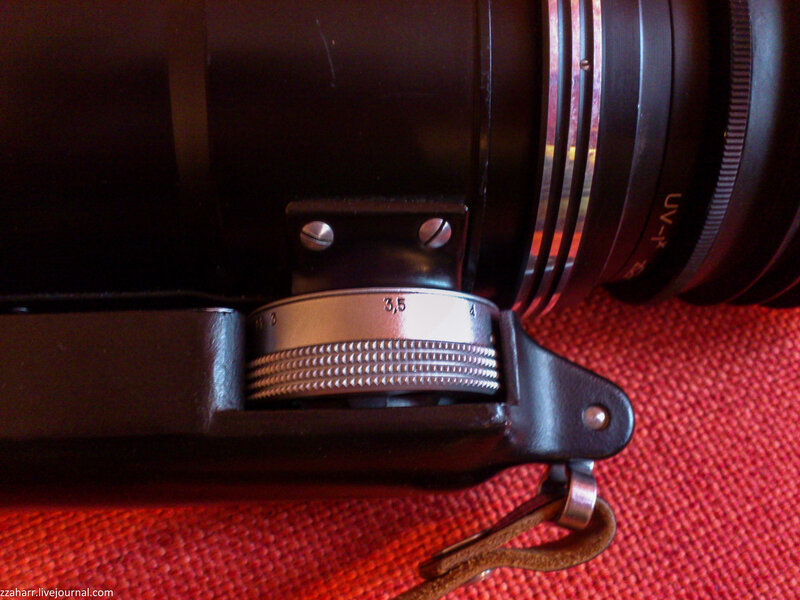 On more feature - automatic diaphragm. Let's say you set your iris to f11 and try to focus. Everything will look very dark through the viewfinder making it almost impossible to focus. Turning the Red Button ring will open the iris just for now, making everything in the viewfinder look bright and pleasant. Pulling the trigger would first re-set the iris and then release the shutter. It is handy although a bit noisy. 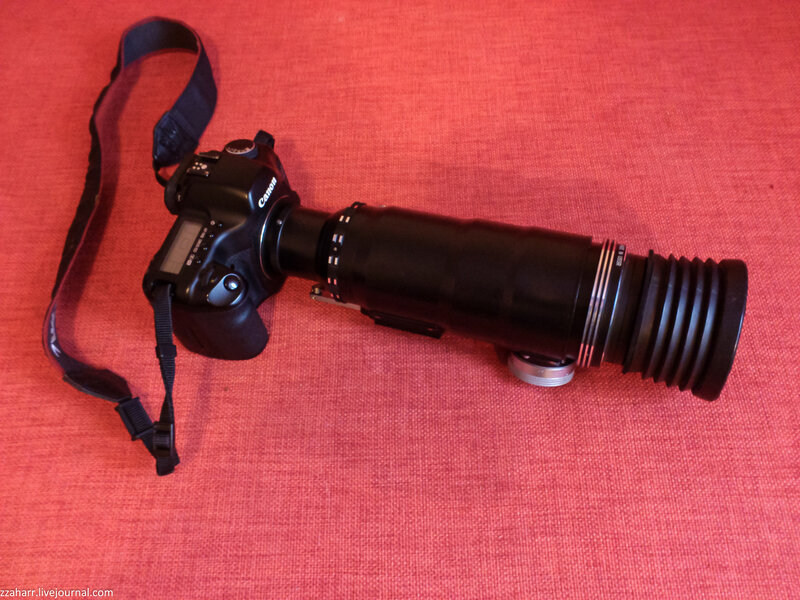 Being out of film for the test-shoot I used the ring adapter and tried the Tair lens on my Canon 5D Mk II. All I can say, our manual skills degrade too fast as the human progress moves along. Most of the frames went straight to the trash bin. But here is few for you. 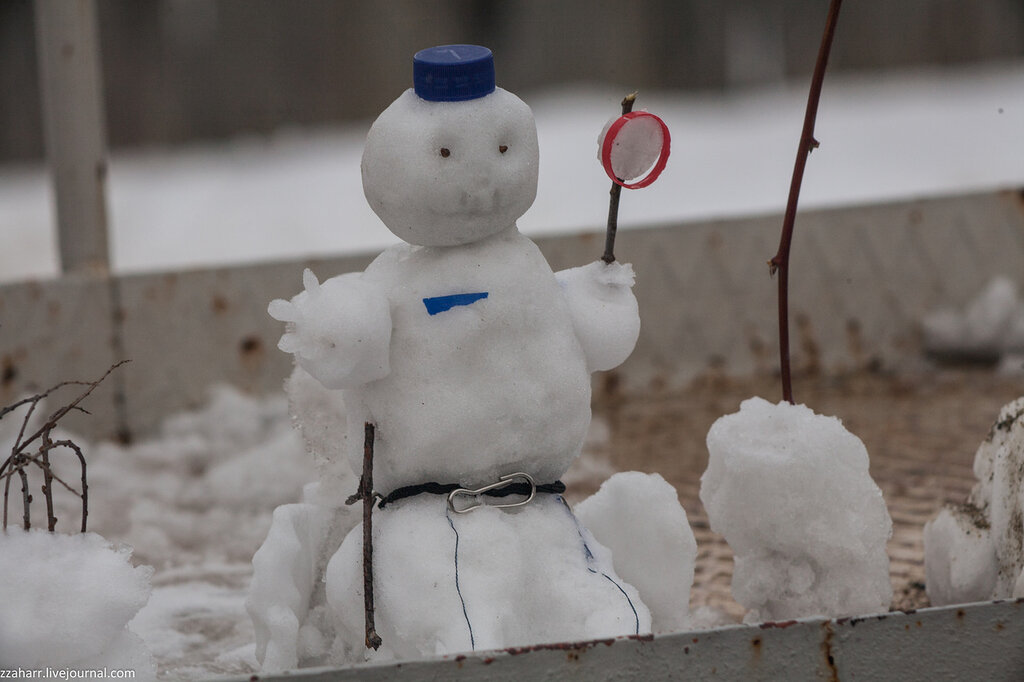 Images have not been processed. As you can see the lens produces no vignetting. And it is not so heavy at all. 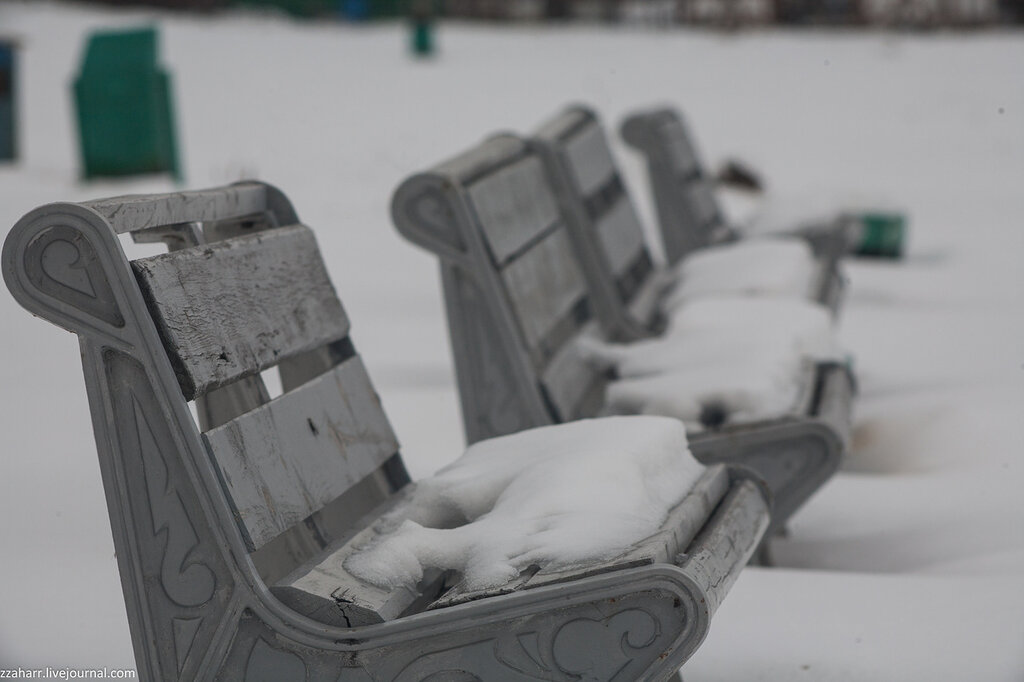 If you used this kit for peaceful purposes, I welcome to follow the link to leave a comment in my blog."